Hello!
As I promised I release it in 3rd March May. However latest 2 hours was: Damn! I have to finish it before midnight!
So I present you my newest track: KaisenRing!
I would finish it earlier but, what you can see, I made liitle circuit version, just like on Autopolis

The idea was borned when I didn't know what to fill the place in the right-middle.
So i made circuit there and then I thought I could make this circuit.
I was trying to make the circuit as the best as I could. I think i didn't forgot anything, but i realized I have to make something wrong. Always 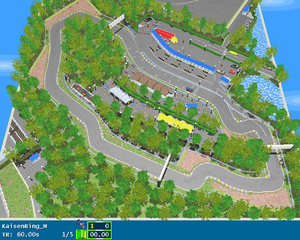 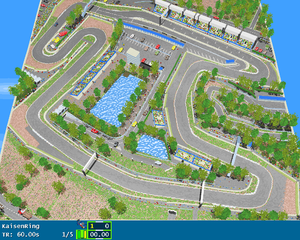 The top one reminds me somewhat of Montreal. They look pretty nice. Good work overall

Good work. I like the both tracks. The minischleife looks really like the circuit in Montreal. Only the last 2 curves are a little bit faster then the original.

Wow, this is quality! I love the details. Stunning work!

At the first time, minischleife reminded me to Albert Park.

Sorry for my spelling, i never learned english.
Top

So the s/f straight is the most narrow part of the course?

Only a detail for next time.

Thank you guys for so huge feedback what I didn't expect! I'm happy you like them. "Minischleife" circuit really reminds these track what you remind, but the idea was only my - it's only a case

@Trigger Happy, no S/F straight have the same width like other parts of the track. I think i understood you attention good and you wrote about it, if yes, I'm writing that everything is the same.
Soemihi 2020 | Dustland 2020 | Lake Minnor Circuit | ALL TRACKS
projects left: 12 | Upcoming track progress: 40%
Top

I didn't mean lmap (layout), but those walls, which are almost immediately on white lines (+1-2px), it makes that straight most narrow section (compare with straight after the two hairpins). When you'll check some rwls there is usually either free grass or tarmac stripe to make distance to walls at least as safe as on any other straight.

Lmap is perfect, layout on both tracks is challenging. Your best work so far

Does anyone happen to reckon that the GP layout bears analogy to Hungaroring?
Granted, both tracks look outstanding, but I was puzzled by the lack of connection between the two circuits despite the fact both share the name "KaisenRing". I need to acknowledge that your tracks seem to be utterly different from each other in my humble opinion.
One does not make somebody feel obliged to comment immediately in every topic.
Top

DuklaLiberec wrote:I need to acknowledge that your tracks seem to be utterly different from each other in my humble opinion.

Look into middle-right square of GP track, there's the Minischleife.

Thank you Ivo, FRUKIS and Dukla

So, Ivo, i know what you meant.. I did my best on GP version, only way would be move it away the pitlane, but you would have to say it to me in early projecting of the track, further in time remaking it wouldn't be so cool. But in Minischleife i could do it. I'll remember it to the next time

Thank you for so much feedback again, I think it's the best feedback I have been so far. I appreciated it, and I know my effort isn't rubbish, and someone appreciated it to

That way.. Waiting for next tracks! I'll have some work in the nearest future, so you can expect first W.I.P's a little bit later, but for sure I'll post someting in this month

And one small PS: You could propably think why I have only a few rwl's. The answer is pretty easy: I love making my own tracks, I have been liked it for some years and GeneRally was thing, where I could make my ideas and spread it. But don't worry, I want to make many old (mainly from F1) rwl's, for example old Spa and... Check W.I.P and my signature!

Oh, two separate tracks that are adjacent to each other? It's not very obvious in the Minischleife's PoV, but I should have noticed it in the GP layout in the first place. Apologies for my ignorance.

YoNnie wrote: And one small PS: You could propably think why I have only a few rwl's. The answer is pretty easy: I love making my own tracks, I have been liked it for some years and GeneRally was thing, where I could make my ideas and spread it. But don't worry, I want to make many old (mainly from F1) rwl's, for example old Spa and... Check W.I.P and my signature!

worth, I prefer rwl-esque circuits like these to legit rwls. Not that I want to put you off making vintage rwls, though.

I love this track! The fact that you make separate tracks under one environment is a great idea indeed!

Thank to all of you, who wrote something about this (so huge for me) work. It mean a lot for me, because I wanted to stop this (because my works wasn't good enough to be something interesting, but I made enough progress too and now I can still making tracks.. Because I have motivation for this). I also happy you like non-real "rwl"

Maybe I'm not Quirpiz, but maybe I'll replace him a little bit

I really sorry for so late replies, I haven't many time now, and I'm sitting by my computer first time since Sunday. So my tracks are also delayed in finishing, you have to make do KaisenRing ATM