Since Aleksi came to Italy for some time (best friends forever <3) we decided to make a track to honor the good ol times. We started this track cos we wanted to try streaming while trackmaking to try something different. Sadly that didn't work out because of my sub-par internet connection that made the stream really laggy. After we stopped streaming I guess we had an inspiration rush and we finished the track quickly.

The track is optimized for 4:3 resolutions and Formula.

Have fun, praise and criticism are welcome 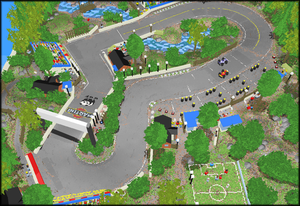 Nice track Darjo, my favourite parts are the WWF and Martini logos, the football field and the layout

Everything is great: the textures are stunning, the layout is simple but effective and hmap makes it challenging. This track looks like a mix of Akanthos and Japparee, what was the idea behind this style and this landscape?

One of the most beautiful tracks from you guys. 5/5

Np2003 wrote:my favourite parts are the WWF and Martini logos

Funnily enough these two things ruin the circuit in my view. other than that its a great looking circuit and simple layout

Thanks for the comments

We did a challenge where we both had one hour to edit the track however we wanted. We did it simultaneously and the results are quite different. One of the tracks is made by Aleksi and one by Darjo, you can vote which one you prefer. We'll reveal later who did which version

If anybody thinks they can do better than us at this challenge, you can try it out and post it here. But remember, only 1 hour, no cheaterino 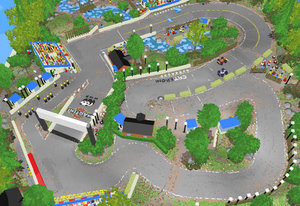 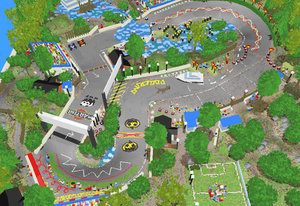 It's visually very great track, but it would be better without that WWF logo. Layout is also quite nice, but I think that both of those later tracks are funnier to drive on, especially Cateroni, which I voted in the poll

Darjo wrote:If anybody thinks they can do better than us at this challenge, you can try it out and post it here. But remember, only 1 hour, no cheaterino

I've got to try that

It took about 10 minutes more than an hour to get it ready, then it took quite a lot of time to get it uploaded here, because of slow internet connection.

My version has two layouts: an oval and a circuit.

I wish the time would have been 1 hour and 30 minutes, not 1 hour, to have some more time to edit also the landscape. Also, I didn't have time to test the AI line at all 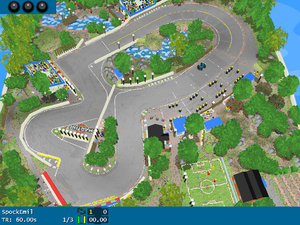 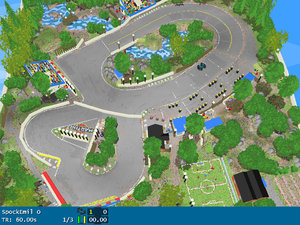 Cateri is more aesthetically pleasing to look at, but SpockeriDog is the more thrilling track to drive...once you get the rhythm down.

Spockemil's elongated chicane sequence is a b*****d — there is no good run through it. I liken it to Big Foot from the F-Zero X Expansion Kit. The oval is an oval, so nothing spectacular here — although this one is made treacherous by the inner barriers.

I just hate the WWF logo. Not because it looks bad, it's because I don't like WWF (I hate those pandas).

"How do you come back from a performance like this? The answer is YOU DON'T!" - NFL Blitz 2001 commentator
Top

That chicane is actually very interesting to drive through.

Dragon wrote:what was the idea behind this style and this landscape?

I don't think there was any particular idea, we just kinda went with what felt good as we progressed through the trackmaking process

I think we just used plenty of things that we've found to look good in some earlier tracks which is why it looks like Akanthos or Japparee in some parts.

I expected the logos to cause some controversy, for me they are maybe the best single thing on the track

Seems like I, as the author of Spockeridog, lost the poll, and now I owe Darjo a foot massage as a part of our bet

Next to the original I like most the Aleksi's update, just the hmap in the section is a little bit too bumpy.