Rally Mexico is usually held early in season of World Rally Championship.
The gravel rally is run in WRC since 2004. Rally Mexico features the highest stages
of all WRC championship rounds, as high as 2700 meters; engines in WRC cars
lose up to 20% of their power in these stages as a result, due to the lower air
pressure at such altitudes.

.
Some of the stages were updated sometime since and today I decided I will relase them as they are.
Hopefully at least somebody can like them

There is 8 stages in the trackpack. 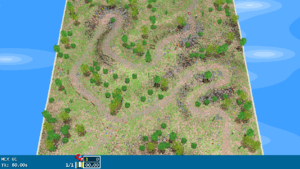 Most stages are great

.
Yeah I think you are right about it, maybe I should have changed that

I'd love to be able to make one, maybe in time

It's a nice surprise to have a new rally, even if some stage isn't new. One thing, I think you should have been more incisive with final touches, for examples stage 8 with the pit crews around the track looks pretty old and different than the other stages.
Top
Post Reply
5 posts • Page 1 of 1