Hello this is my 2nd track called Mount Naseusei!
It's basically this guy's track: viewtopic.php?f=6&t=5738&p=111041&hilit ... ck#p111041 but better, I made some modifications to the track and it gave me a little Japan Mountain vibe... hence why I gave it a fake Japan name

but the TRK file named Mount Naseusei jump skips the other half of the track and jumps off Mount Naseusei.
For instructions: open OPENME.

Have fun!
Original track is from Kikwik. Credit to him

(message for Kikwik if he sees this post: if you want me to take down the post, then private message me) 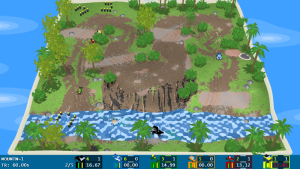 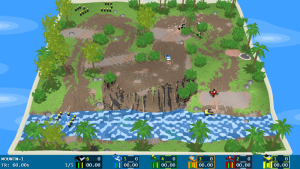 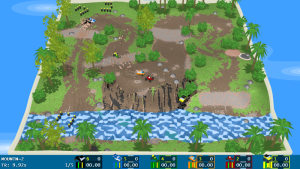 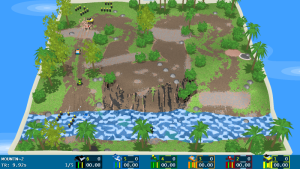 It's fine for me, as you credited me. As long as it can be a way for you to improve, have fun and keep going on trackmaking it's really ok. But you may try to contact the author before you do something like this, as I know some authors don't want to modify their tracks at all.

I just wanted to give you few tips for future tracks :

. The names in GR are limited to 12 characters (counting spaces too), so if you go over this limit, the track's name will be cropped in-game. You may rename it "Mt Naseusei" and "Mt NaseuseiJ" and it will be alright while retaining the essence of the name.

. In your second track, Mount Naseusei Jump, AI cars go too large when jumping, allowing the player to overtake them easily. A more tight AI line in this corner would be better.

. When you change the World Size of a track, the objects change size too. So it feels a little weird now because objects are a little scattered around. You may add objects to fill up a bit or even remove them to create the landscape, but it's up to you.

. It's nice of you to give instructions on how to install tracks on the GR folder but most people already know about it, so it's ok not to add a readme about it.

. It can be a good start to check TuomoH's tutorial and other tutos for trackmaking. It will give you solid basis to make even greater tracks. I learnt a lot from them.

Otherwise it's good fun driving on those tracks and I'm happy that you took my track for a base to make your own, meaning you certainly enjoyed it, so thanks.

As Kikwik has already given the permission, I'll let this be but remember in the future: You're not allowed to post modifications of other people's tracks unless you have a permission to do this.