There are 5 cars, 2 somehow bonus and fictional.
Ford Fiesta RS WRC
Citroen DS3 WRC
MINI Countryman John Cooper Works WRC
and
Audi A1 WRC based on sketch I add here
VW Polo WRC as been shown yesterday
There are 30 cars with all liveries and 0-4 versions.

I recommend you to use them at stage rallies (by me, Maciej1, Ben Buitendjik and others 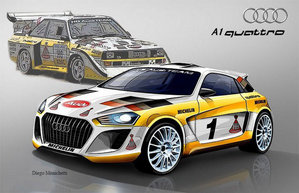 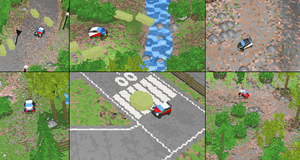 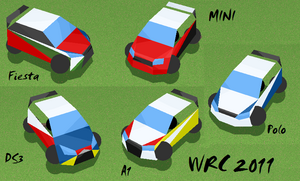 I was bit doubting about the Mini's lights, but it's OK in game. Other cars are beautiful and work on track well too.

Mini's lights, although not very similar to reality, are ok, but I'd rather doubt about A1's lights, the shape and proportions of entire front of the car are very different from what I can see in the picture.
Top

Thanks for downloads and comments

@Lorenzo: Well, A1 is just based on that sketch, I tried to make it a bit different (livery, rear wing, lights,....). Mini has quite weird desing in reality and lights has very difficult shape to make

I agree that they aren't perfect.

I added few new liveries that appeared in WRC.

Hello Dan. Great to see you.

Beautiful cars! I love them, just like always.
Top

Jonzu, you should know the drill by now, please don't bump threads over 30 days old, as it could confuse people.

Lukeno94 wrote:Jonzu, you should know the drill by now, please don't bump threads over 30 days old, as it could confuse people.

But it's very nice to see him back.

Lukeno94 wrote:Jonzu, you should know the drill by now, please don't bump threads over 30 days old, as it could confuse people.