The American Racing Company announces their latest entry into the GRTCC series with the Striker Gen3 Touring car. This is the latest version of the company's touring car. A lot of the changes are under the hood and chassis with the upgrade to the second generation specs for GRTCC. The body has also undergone a slight change, increasing the size of the front grille for a little better engine cooling, and the rear deck lid has been elongated while also steepening the rear window again. James Wilco hopes that this will help them run better in the third season of GRTCC, and hopefully they can be more consistent in appearances in the series.

I've been here long enough, I should remember this stuff... 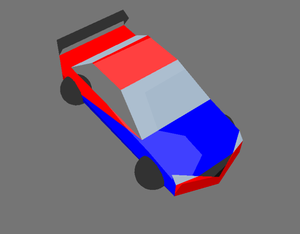